EllRay Jakes is a Rock Star! 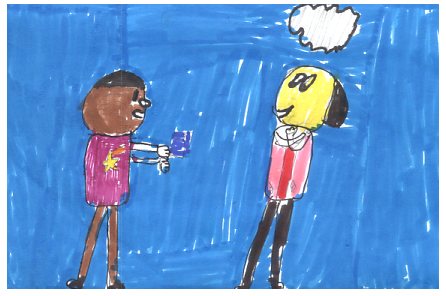 In Ellray Jakes is a Rock Star!, everybody in Ellray’s class has something to brag about. Jared’s dad has a brand new car with flame decals painted on it. Kevin’s dad is rich. But what does Ellray have? A dad who is a geologist with a collection of rocks. Sounds boring right? Or does it? When Ellray brings some of the rocks to school, the kids think the rocks are fantastic, so Ellray gives them away for free, and when his dad gets home he looks in his office and they’re gone! The rocks are special to Ellray’s dad because he had collected each and every one by himself. There was an electrician in Ellray’s dad’s office earlier, so his family was going to blame it on the electrician until Ellray strikes… how? Well you will just have to read the book to find out what Ellray does!

When I was reading the book I felt sorry and bad for Ellray because he took his father’s crystals without asking, and gave them away because he wanted to keep up, and Ellray gets dared to go into the girl’s bathroom so he could get his crystals back. I liked the text structure because the author uses different fonts at important parts. In the text it says “And you—you have a LOT to be proud of now,” and “lot” is bold and capital. And when the author makes a list it is smaller and bold. I think the author does this so the reader doesn’t get confused. The book is funny because in the story, Ellray says, “I’ve already tried drinking so much milk it comes out of my nose when I laugh.”

I recommend this book to second to fifth graders because the book is hilarious! If you took something without asking, and you got in trouble you are just like Ellray! If you like funny chapter books with a good plot, this book is for you! What are you waiting for? Read to find out what happens in Ellray Jakes is a Rock Star!