Winter According to Humphrey 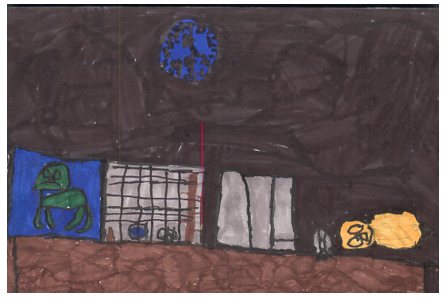 Humphrey is an intelligent, active, and adventurous hamster in Room 26, who helps students with their problems. In Winter According to Humphrey, Ms. Lark explains a winter play the school is doing. The class also finds out the boys are horses and the girls are snowflakes. Daniel is playing “Jingle Bells” on the piano for the play but he cannot play “Jingle Bells” very well. Daniel doesn’t want to practice “Jingle Bells” until Humphrey is near the piano because Daniel thinks he plays better when Humphrey is nearby. Daniel calls Humphrey his “lucky charm.” Holly wants to make presents for everyone in the class but isn’t allowed to. So Holly makes only one present for the whole class because Humphrey flipped pages in a crafting book, and then stopped at a page with an idea for something for the whole class. That night Humphrey thought of an idea for a present for Og, the class frog, but could not think of a way to do it. After he thought of a way to do it, he used the plan for the present. He made a Christmas tree out of Froggy Food Sticks and wrote a card saying “Happy Merry Frog.” It is almost the rehearsal and the class is prepared but there is still one problem. Daniel can’t do “Jingle Bells” without Humphrey nearby. He goes to get Humphrey and… well you’ll just have to read the book to find out what happens!

I thought the book was interesting because Humphrey did lots of things in the story that I thought he couldn’t do. In the book, for example, when Humphrey opened a metal can, how could a hamster like Humphrey open a metal can? My favorite part was when Daniel snuck Humphrey in because he knew he was not allowed to bring him. I felt a connection with Daniel because sometimes when I think I can’t do something, when I try to do it, it usually feels easy.

I think students ages 9-15 should read Winter According to Humphrey because it is pretty long and it has more than one problem which makes books way more interesting. I recommend this book to kids who like books with about 150 pages. I hope you get a chance to read this book!