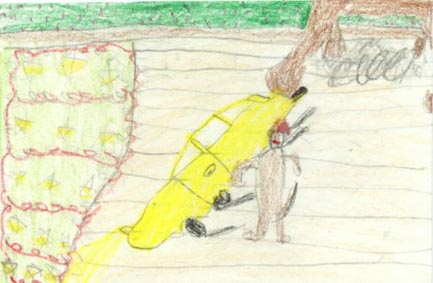 Ralph S. Mouse is a very interesting story. Ralph S. Mouse is mostly about a mouse named Ralph whose motorcycle was wrecked and he got a car to ride instead. Ralph lived in a hotel with his friend Ryan, a child. He rode his motorcycle every night. One day Ralph went to school with Ryan. The students noticed him. They decided to have him run a maze. Ralph cheated and Ryan got mad. Ryan took the motorcycle away. Ryan got into a fight with Brad. Ralph's motorcycle gets wrecked. Ralph was taken back to the hotel and Brad gave Ralph a sports car in replacement of the motorcycle that he had broken. Ralph rode his new car every night at the inn. Ryan's mother met Brad's father. Six months later they were married.

Brad changed throughout the story. He changed because at the beginning of the book, he was mean to Ryan and to Ralph. At the end of the book, he gave Ralph the motorcycle and he was nice to Ryan.