Pok'emon -Scyther, Heart of a Champion

Pok'emon -Scyther, Heart of a Champion 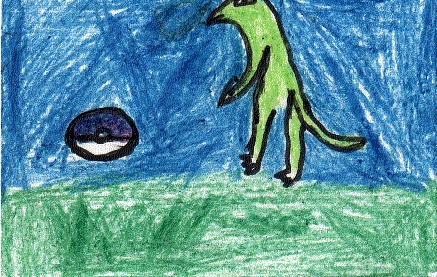 This book is about a Pok?emon named Scyther. This Pok?emon battled another Scyther. It lost so it had to leave its herd. Scyther was very beat up and it went to a little shelter until some Pok?emon trainers came by. Their names were Ash, Misty, and Tracey. Ash tried to capture Scyther, but Scyther wouldn?t go with them without a fight. Finally Scyther was defeated and brought to the Pok?emon Center. To find out what happened you?re going to have to read the book.

I learned from this story that I should never give up hope. Scyther doubted his trainer, but as he got to get to know Tracey, Scyther stayed. I also learned that quitters are losers. I never want to be a quitter. In one way Scyther was just like me because we both never give up!

Adler B.
is a student in
Miss Stolzenberg's 3rd Grade Class