The Door in the Wall

The Door in the Wall 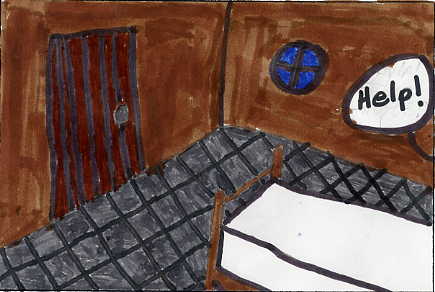 Do you like the Middle Ages? If you do, then The Door in The Wall is for you. The Door in The Wall is a book about a boy named Robin whose dad is at war and whose mother has to go serve the queen. Robin was supposed to go become a knight but the day before he became very ill and was crippled from the waist down. A few days later the plague hits the town and all of his servants are infected by the plague.

There is no one to take care of Robin until a monk named Brother Luke comes. Brother Luke can't stay and take care of Robin, so he takes Robin to St. Mark's, a monastery. Robin learns many things there like how to read, write, swim, and carve. Once he knows how to write he writes a letter to his father. He soon gets a letter back and is told to go to Lindsay. He goes to Lindsay and when he gets there he becomes a page. After a few months of service a dreadful battle occurs. During this battle Robin has to go for help. Throughout the book the characters use the saying, "a door in the wall". This saying is just like when a door closes a window opens. They both basically have the same meaning. When one opportunity goes away, another one comes. If you want to find out the ending, read the book.

The story was kind of boring at first, but then it turned into a page turner and got really exciting. It had a good ending also.

There were three major characters. Robin, the main character, was smart, picky, and confident. Brother Luke was kind, compassionate, and loving. John-go-in-the-Wynd is a messenger who is kind and loving like Brother Luke.

The author puts a lot of confusing dialog into it like, "Come midnight, when 'tis darkest, I shall yon minstrel, and thou the friar?" That is why I only recommend this book to people 9 and up. Other than that De Angel has a very interesting writing style.

Over all the book was very exciting and interesting.