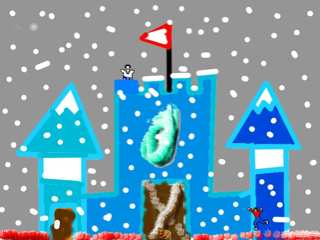 This enchanted tale is about four kids and their courage to do what is right. The four kids are Peter, Susan, Edmund and Lucy. These kids have a mission: meet Aslan and defeat the White Witch, but with Peter and Susan not quite believing in Narnia themselves can they defeat the White Witch in battle? Is Aslan's army big enough to beat the White Witch's army? Is winning possible? Can these questions be answered? Only in C.S.Lewis' The Lion the Witch and the Wardrobe.

My favorite character is Peter. I like Peter because he is brave. One example of his bravery is when he led the battle against the White Witch knowing he had no experience and his army was smaller. I think this book is good because it is an adventure book. This book is an adventure because a wardrobe takes four kids to a magical land to meet a lion and to battle to fight the White Witch. This book is like The Magician's Nephew because they both are about Narnia and the adventures people go on when they enter it.

I recommend this book to people who love adventure because bravery and courage play a big part in this story.