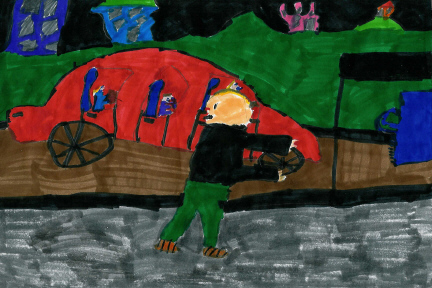 Steve finds out and tries running away two times and fails. Get this book and see how Steve gets free from his jail.

The Hockey Machine is like other books by Matt Christopher because they are about hockey. He also wrote other books about other sports. In all of his hockey books, the players are boys.

The Hockey Machine is special from all of the other hockey books by Matt Christopher because the boy, Steve, gets kidnapped. He also is braver than all the other players in his other books.

As I read this book, I felt all different feelings for Steve. I felt happy, sad, and sorry for him. I felt happy for Steve when he won his game at the beginning of the story. I loved the book because it is so realistic and true.