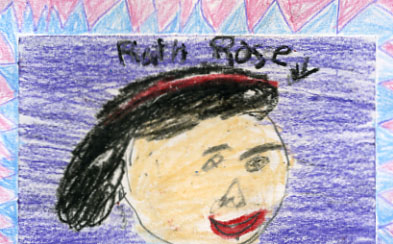 This book is very interesting for many reasons. The first is because a character proves he is brave by writing to his favorite mystery writer asking him to come sign books at the book nook. The second reason is a character went on a mission. He was determined to find the author and information about him. Last, some characters were being sneaky; they tried to hide stuff from their mother.

I recommend this book to people who like mystery books because Dink wrote to his favorite author asking him if he can come sign books at the book nook. The author didn't show up when he supposed to. They think that author has been kidnapped. So now they have to go find some clues. So if you like mystery books read my book and have some fun!

A.C.
is a student in
Mrs. Zanga's 3rd Grade Class