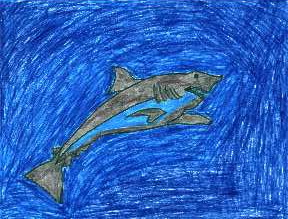 I recommend this book to kids who like the ocean. All in all now you know about my opinion of this book.