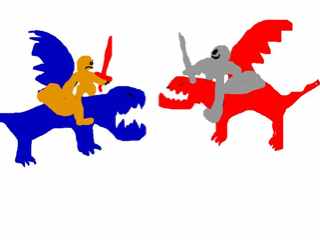 In my opinion Eldest is the best book ever! I liked it because the descriptions were imaginative, the adventures were exciting, and I just really like magic and dragons. This book is pure fantasy, it has to be with mythical creatures and magic. In Eragon and Eldest there are three different languages; they're all made mostly from scratch by Christopher Paolini. I think that's amazing!

I recommend this book to older kids and younger adults. I mainly suggest it to boys, but most girls would like it. I advise students to read Eragon first, but Eldest is a great book too.

Zach S
is a student in
Mrs. Appell's 4th and 5th Grade Class