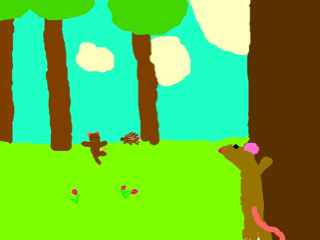 The book is about Poppy the mouse, Ereth the porcupine and Rye the mouse. Poppy and Ereth are going to Poppy's dead fiancé's home, but meet one of the main characters, Rye, on the way. Instead of talking to each other, they just dance together and soon have to go. Meanwhile, at Rye's house, near "The Brook", beavers are building a dam and soon the mouse family has to leave. Since the family doesn't know Ragweed (the dead fiancé) is dead, they rejoice in Poppy's telling them he has news about Ragweed, thinking she is alive. Then he tells the devastating truth. There's still the beaver problem, though - Read the book to find out how the story ends.

I'd recommend Poppy and Rye to people who like humor, adventure and suspense stories.