The Horse and his Boy

The Horse and his Boy 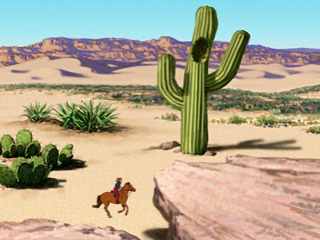 The Horse and His Boy is a book about a boy named Shasta who meets a Talking Horse of Narnia named Bree. Shasta meets a Tarkheena and they are runnning to Narnia. In Narnia there are talking beasts like Bree the war-horse and Hwinn, another talking horse of Narnia. Shasta, Aravis, Bree and Hwinn meet. They go to Tashbaan, then meet up again and race across the desert to Narnia and freedom!

My favorite part of this book is when Shasta finds out Bree can talk. This talking horse helps the humans quite a bit. He is a very intelligent horse.

Shasta is a character who changes a lot because at first he is a farm boy, then he becomes a warrior and fights in a great battle. Shasta becomes a leader. (If you want to find out who Shasta is, read the book!)

Aravis is odd character because she would rather kill herself than marry a crotchety old man. She runs away to avoid this.

I enjoyed the pictures in this book, because they show exactly what is happening in detail.

This is a good book, and I think everybody would like this book, because it has action, suspense and some humor. I reccomend it to all readers!

Will P
is a student in
Mrs. Appell's 4th and 5th Grade Class