The Tail of Emily Windsnap

The Tail of Emily Windsnap 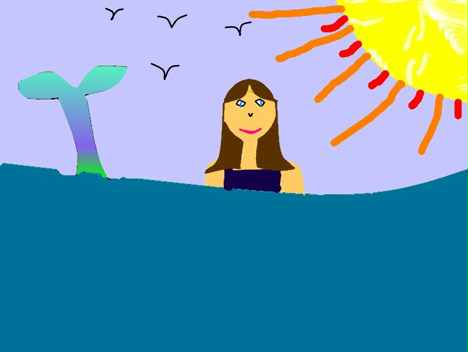 Emily Windsnap, the main character the book The Tail of Emily Windsnap, has a secret. Doesn't everybody? But Emily's is a different: She figured out that she is a mermaid. Her father is a merman and her mother is a human, so whenever Emily goes swimming she becomes a mermaid. Her father is held prisoner because of marring a human and Emily has to save him. Emily also has to take care of her mother because she is losing her memory of the past and her husband because someone is giving her memory pills, which are taking away her memory. Does Emily have the skills to save her mother and father?

I thought the book was very interesting and was a fun read. I liked the book because of all the different characters; the interesting ones and the not - so - interesting ones. Also I liked the way the story was told, in first person. My favorite part was when Emily met her father for the first time. I liked this part because I was beginning to think she would never get to meet him, ever. Many characters change in the book, but the one that changes the most is Emily because of her mermaid - human change. I thought this part was really interesting because, though I knew she would change, I didn't know the change would be so soon. There are many unique things about the book, like how the story is pure fantasy but how it could be pure non - fiction. The Tail of Emily Windsnap was really a unique and fun read.

I would recommend this book in a wink because I liked the way the story was told, the characters, and the uniqueness of the book. I think fantasy lovers would love this book and also mystery lovers would like this book, though it is not an obvious mystery.

Hannah S
is a student in
Mrs. Appell's 4th and 5th Grade Class