A Series of Unfortunate Events - The Ersatz Elevator

A Series of Unfortunate Events - The Ersatz Elevator 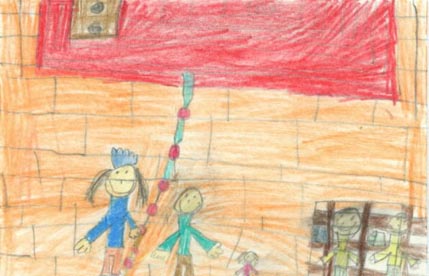 There was a character that I found interesting. The person is Violet because she can invent anything and when I grow up I want to invent new things. One time in the book she made fire tongs to melt the cage, but the Quagmires were gone. Another thing is that sometimes her inventions are used for other things.

This book is part of a series called A Series of Unfortunate Events. Some things that are similar are that all the books the Baudelaires have a miserable and woeful life. Another thing is that in all the books Count Olaf tries to steal the Baudelaires fortune. One thing that is different is in this book is that they stay in an apartment building and that Count Olaf changes his name to Gunther.

The story does remind me of something in life. The part when Esme Squalor tells the Baudelaires to take the parsley soda to the Squalor's apartment it reminds me of my mom telling me to bring the groceries inside the house.