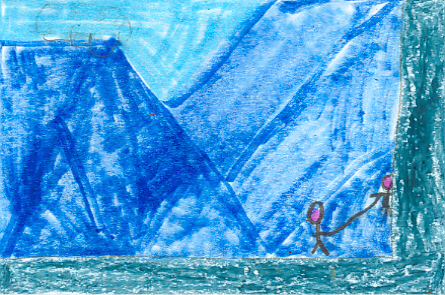 This book is about a rabbit-like montmer named Perloo when he is taken to see Jolaine the Granter, the ruler of all the montmers. But on their way there they're stopped by Berwig, Jolaine's son. They are chased out. But they find another way to see Jolaine. When they see her she, asks Perloo to be Granter. Perloo accepts. As soon as Jolaine finishes signing the proclamation, Berwig breaks in with his army. Berwig and Perloo both have a grip of the proclamation. They both pull. The proclamation splits in half. Berwig chases after Perloo for the other half but instead Perloo leaves the building. They climb a mountain into Felbart territory. When they are climbing the mountain they fall into a hole, which is really the door to the Felbarts. They go into the room that has the Felbarts in it. The Felbarts take them as prisoners. Will Berwig take over the montmers or will Perloo lead them to freedom? Find out by reading this book.

I liked this book because it has lots of action. When Berwig's helper was fighting against Perloo, Perloo started throwing snowballs because he had nothing left to fight with. That was really exciting. My favorite part is when they find a secret way to Jolaine's room. It was abandoned and Berwig didn't know about it so it was a big surprise. I think Berwig changed the most because he surrendered at the end. He started out being really bossy and he'd put a lot of people in jail when they were innocent. By the end, when he surrendered, he lost his power and gave up.

I recommend this book for people who like action, and fantasies. This book is loaded with excitement and lots of interesting characters.