The Adventures of Sherlock Holmes

The Adventures of Sherlock Holmes 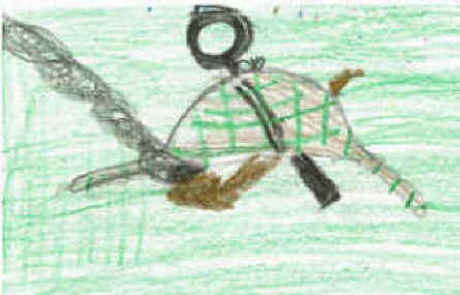 This book is about a very famous detective named Sherlock Holmes and his friend Dr. John Watson. In the book, there are three mysteries. I am going to tell you about only one. You will have to read the book to find out the other two. The mystery is called "The Red Headed League." It is about a guy named Jabez Wilson. He gets hired by a Red Headed League. Sherlock then finds out they were only trying to keep Jabez out of his store. I will not disclose to you the exciting ending, but I will tell you, Sherlock solved the mystery in two days!

My favorite part is when Sherlock tells Watson how he solves the mystery and he gives every detail. Watson also asks him other questions. I like how Sherlock answers every single one of them. Watson reminds me of myself. I am always asking how people do things when they are doing something. Sherlock reminds me of my dad because my dad is always sitting and thinking. Jabet's clerk reminds me of my brother because they both like to dig.

I would recommend this book because it has good mysteries. I think people should read this if they like Encyclopedia Brown.