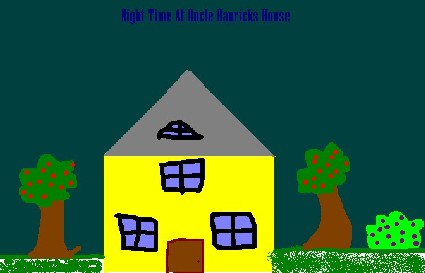 Imagine this - it?s 1941 during the time of WWII and you are Danish and the Nazis have invaded your country. What would it be like if you were walking home from school with your best friend and then you get stopped on the street by a German Soldier? This is what happened to Annemarie Johansen and her Jewish friend Ellen Rosen. Annemarie tries to help Ellen get to safety from the Nazis. Then one night the Nazis come to Annemarie?s house. Ellen was staying there while her parents were gone. However, Annemarie?s father tricked the Nazis into leaving their apartment. Read this book to see how Mr. Johansen did this. Another exciting part was when Annemarie, her mother, her little sister Kirsty, and Ellen fled to the seaside where they could attempt a trip to Sweden. Will Ellen make it to Sweden safely? Will Ellen ever see her parents again? Or will they all be caught and killed by the Nazis. You?ll have to read to find out.

I believe this book tells the story of a glorious adventure. I enjoyed this book because it described life for the Jews and the Danish during the time of World War II. The main character Annemarie changes throughout the course of the story. At the beginning of the story Annemarie is a silly girl who doesn?t understand the dangers of war. By the end of the book Annemarie became a hero. As I read this book it kept me on the edge of my seat. The book kept me thinking about what would happen on each new page. The book also made me wonder what it must have been like to be a Jew during the time that the book took place.

I would recommend this book to fifth and sixth graders. I think that 5th and 6th graders understand the book and what?s going on in the book better than a younger child would. I also think that this book would be appealing to both boys and girls. I think girls would like it because the book's main character was a girl and a hero. I think this book would be appealing to boys because it discusses WWII and what was going on in that time.

Brooke M.
is a student in
The White Tigers