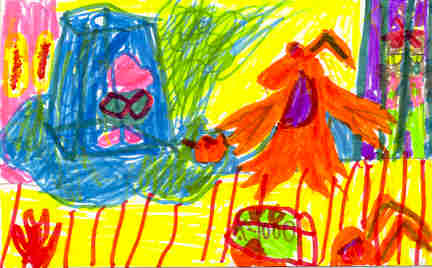 Aliens for Lunch is a book about an unlikely hero. Aric is a small pink alien who tries to rescure X-1000, the secret dessert element. His buddy is Richard, a human, who comes along with Aric on a space ship. The Orange Guards have stole then X-1000 plan to make their own desserts. They also want to make all the desserts on Earth taste bad. Will Aric and his buddy get the X-1000 back? Read the book to find out.

I liked this book because it takes place in space and I have always wanted to go there. I like the characters because they say and do funny things. One example is when Aric and Richard accidentally freeze themselves in a refridgerator. My favorite part of the story was when Aric teleported to a colony space spaceship. This book reminds me of the time I believed in aliens.

I recommend this book to young readers and people who like science fiction.