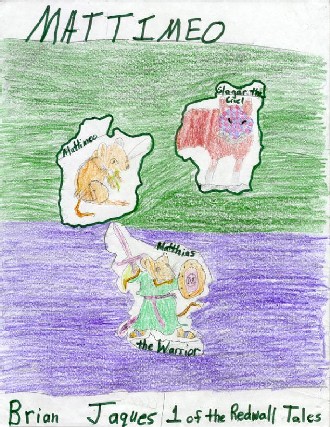 Slagar the Cruel captured Mattimeo and his friends. Matthias goes out with his friends to look for Mattimeo. They have to battle weird creatures to reach their children. They do not know that Slagar is taking them to the Kingdom of Malkariss. Finally, Matthias catches up with them and something terrible happens. You will have to read the rest of the book to discover what happens to Slagar the Cruel.

My favorite part was when Matthias finds Mattimeo, his son, and kills Slagar the Cruel, the guy who captured Mattimeo. Mattimeo became a brave warrior after he was captured by Slagar the Cruel.

I recommend this book to kids and adults because I think that it is inspiring for kids and adults to become brave. This book is filled with action packed adventures and battles. I liked it very much because it is so detailed. The characters are very well developed.

Chase C.
is a student in
West Foundation Book Club