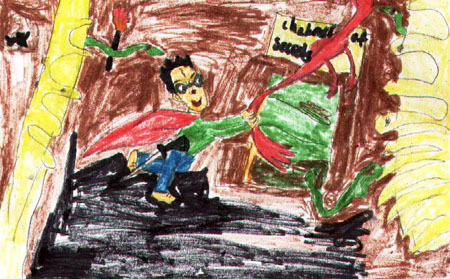 This book is about a kid named Harry. He has four friends who are wizards. They are in a school called Hogwart?s. It helps to read the first book in this series to know what?s going on. Powerful wizards and witches are afraid of Harry. There is a game that Harry plays at Hogwarts called Quidditch. You have to read the book to find out all the magic things that happen. Harry Potter and the Chamber of Secrets is like books about Narnia, because a lion has magical powers like a wizard in the books about Narnia. Both stories have kids in interesting magical adventures.

I recommend this book because of the interesting game called Quidditch and the exciting adventures the kids have. The New York Times gave this book two thumbs up.