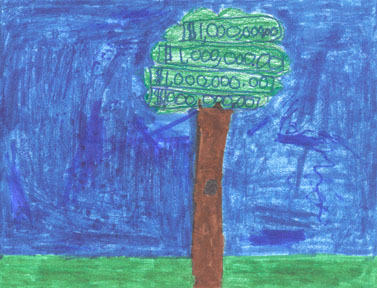 Make Four Million Dollars By Next Thursday is a great book for people who like surprises. Jason is the main character of this story. Jason wants to be a multimillionaire when he grows up. One of the surprises in this story is where Jason has to dig for exactly one hour. Through Jason's adventures, I learned that the only way to make money is to earn it.

This book is unique, because it would be really cool if it could happen. I felt jealous that Jason could make four million dollars. This book made me wonder about when Be Famous In A Flash is coming out (also by Stephen Manes). My favorite part is where Jason finds out he didn't make four million dollars. I like that part because he realizes he did something wrong. It takes a lot of work and determination to reach big goals. You have to read to find out more.

I would recommend this book, because you never know what is going to happen next. I think people in second grade will like this book because they could have dreams like Jason. This story interests readers by surprising them, but I will tell you too much if I tell you all of them.