Mr.Putter and Tabby Row the Boat

Mr.Putter and Tabby Row the Boat 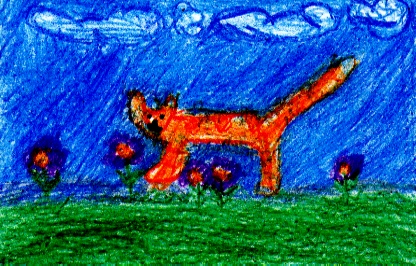 This story is about Mr. Putter and his cat, Tabby. One day was very hot. Mr. Putter and Tabby were sweating together. They had nothing to do. Then they had an idea. They were going to Mrs. Teaberry and they went to the park to cool off. When they went to the park there was a nice and silly, skinny woman with boats. Mr. Putter took a boat to the water so they could cool off. You should find out the rest of the book if you are 8, 9 or 10 and you like to read Mr. Putter books.

Our favorite part is when Tabby reached out of the boat and touched the water bug with his claws. We like the book because it has beautiful pictures. The illustrator used paints. We like Tabby because she is playful and silly like us. Mr. Putter is funny because he drools like Isaac when he sleeps. Stuart almost has a collection because he liked this book so much and when he read this book it reminded him of his dog because he plays like Zeke. A lesson you can learn from the book is that when its very hot it?s a good idea to cool off!

Stuart B. and Isaac B.
are students in
PAL - New South Bronx