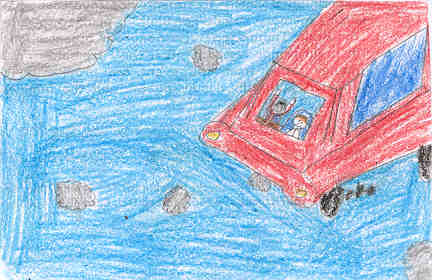 At first, a wizard named Harry meets a little blue house-elf named Dobby. Dobby doesn't want Harry to go to Hogwarts. Then Dobby got Harry in trouble because Harry said he was still going. Then Harry gets locked up by the Durslies. Harry's friend Ron comes and rescues him. Harry gets to Ron's house and stays there for half of the summer. When Harry and Ron are about to leave to return to Hogwarts, the door to the train locks up! Harry and Ron get to Hogwarts by a way that almost got them expelled. They meet up with Harry's other friend Hermoine who is very angry at them. Suddenly people at Hogwarts start getting petrified into stone! Find out what happens when you read this book.

I liked this book because it talks about the life of a famous wizard. I really liked the part when Harry spoke parseltongue to a sink to get to the Chamber of Secrets. I think the book is special because it is mostly about magic, witches, and wizards. I think the best part is when a phoenix appears and saves Harry. You can also read the other books in the series. I hope you like it a lot.

I recommend this book to kids who like mysteries and magic because it has mystery in it and it's almost all about magic. I hope that anyone who reads this book would really like it. My mom has read it too and really likes it also.

Matthew B.
is a student in
Sr. Margaret's 4th Grade Class