Secrets According to Humphrey

Secrets According to Humphrey 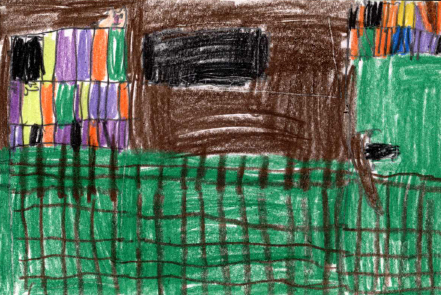 In Secrets According to Humphrey the main character Humphrey and his classmates in room 26 are studying Ancient Egypt. Each student is put in one of the 4 groups. Humphrey wants to be in the Scribes. Humphrey sneaks out the class to the Longfellow School Library to watch a video his classmates watched earlier that day. For homework they had a riddle that a sphinx gives to you if you dare to pass but I do not want to ruin it all for you! I would like to be a part of Mrs. Brisbane’s class because they are a funny, nice, and hard working class. For instance, when they played telephone by the end the word was so mixed Joey was just saying random words. This was the funniest part of the book and I couldn’t stop laughing. They were nice when they helped each other in groups doing the Ancient Egypt project. I would like to read the book again because I like most of the book like when Humphrey sneaks out to the library to answer a riddle.

I recommend this book to people who like animals and secrets. I think ages 7-9 should read this book. If you read Secrets According to Humphrey hopefully you will think the book is a amazing book also.