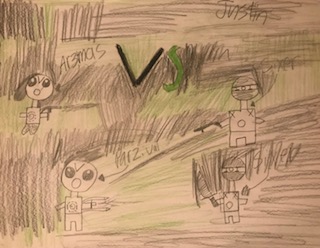 Ready Player One is about a kid named Wade Watts. He needs to save the oasis from the sixers. He has friends named Shoto, Daito, and Parzival, also known as Wade, Hech, and Art3mas. They need to find the hidden easter egg. Also the person who hid it is Hallady. They are against the sixers.

I think this is a really good book because it has a lot of action and drama and excitement. This book is similar to Armada because it uses the same characters and the same concept. The character I liked was Wade, aka Parzival, because he is funny, nice, adventurous, and daring.