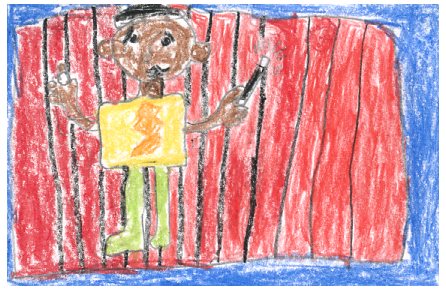 Have you ever been in a talent show? In the book EllRay Jakes is Magic by Sally Warner you will learn about a kid who has a very annoying sister and gets in a talent show. First, EllRay has to think of a talent for the tryouts. He does magic, but he realizes that he needs a lot more practice. He decides he doesn’t want to make the talent show because he’ll be embarrassed. Next, he does really good in the talent show tryouts but forgets that he is supposed to do badly. Suddenly, he realizes it’s his turn for the talent show and EllRay is really nervous. How does his performance go? You will have to read it to see if EllRay is magical or a big flop.

If you like books with magic then you will love the book EllRay Jakes is Magic by Sally Warner. Do you like being the least popular person in your class? I give this book five stars for all the hilarious parts. For example, EllRay’s sister always says his name wrong. If you like books that show you how to be less frightened on stage, this book is made for you. I highly recommend EllRay Jakes is Magic by Sally Warner. You may even learn a trick or two.

Will D.
is a student in
Mrs. Miro's 3rd Grade Class