Lulu and the Duck in the Park

Lulu and the Duck in the Park 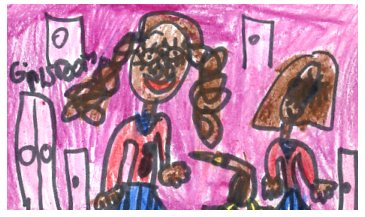 In Lulu and the Duck in the Park, Lulu brings a duck egg to school and no animals are allowed in school. In the beginning, Lulu goes to the park with her cousin Mellie, her teacher Miss Holiday, and her classmates. They go for a swim in the lake at the park. In the middle, dogs come to the park, and while they’re at the park, they smash all the ducks and duck eggs. One egg rolls out of its nest and Lulu finds the duck egg and picks it up before the dogs smash it. Lulu brings the duck egg to school and puts the duck egg in her hats, like a hat nest. She puts the hat nest under her sweater and goes to class. Well you have to read the story to find out how it ends.

Lulu and the Duck in the Park is a wonderful book to read. I like the author Hilary McKay a lot because she adds a lot of detail to her characters. One example is that she wrote that a duck in the park is brown with a white wing. I like the character Lulu a lot because she is very caring to animals. For example, Lulu took a duck egg to school so that it wouldn’t get smashed by the dogs like the others did. I like the part when the duck egg hatches. In the story after the duck egg hatches the teacher comes and Mellie, Lulu, and their teacher Miss Holiday all go to the park and bring the duck to its mother.

I would recommend this book to animal lovers. One reason is that Lulu is very caring to animals because she rescues a duck egg. Another reason is that Lulu brings the duck to the park after it hatches. If this sounds like a good book for you, go to a book store or library to get it now.