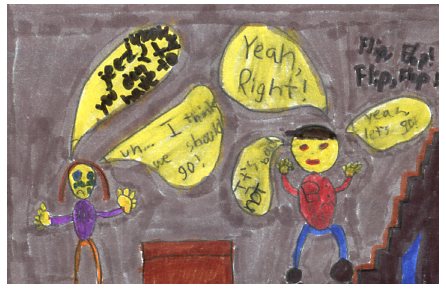 1. She lives in a scary house that no one ever comes near 2. Her workers put a coffin in her house 3. She has a suspicious green brooch The kids try to figure out if Mrs.Jeepers is really a vampire. They do lots of weird (and funny) things.

I think the book is amazing because there is a lot of action: there are exciting things on every page. Also, there is a lot of suspense. For example, when Eddie and Melody sneak into Mrs. Jeepers house, they hear footsteps coming from upstairs! Though thankfully, no one comes down.

I would recommend this book to kids ages seven to nine. I would because of the humor in it. For example, Mrs. Jeepers takes Eddie into the hall and from then on he doesn’t talk in class! I give Vampires Don’t Wear Polka Dots 4 ½ out of 5 for being hilarious and scary!