Henry and Mudge the First Book

Henry and Mudge the First Book 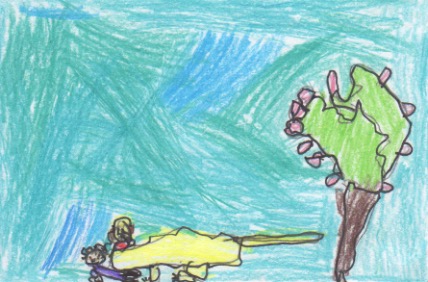 A boy named Henry has no friends. He asked his parents for a dog. Henry was also really specific about getting a dog. He wanted a dog with no pointy ears, and not a curly dog. When he gets Mudge, they have so much fun. Mudge is his dog. But one night Mudge gets lost. Henry was so sad, he was crying for two hours. When Henry stopped crying, he went to look for Mudge. Henry was calling and calling and calling for Mudge. Will he be found or will he be lost? Read the book and find out.

I really like this book because Henry asks his parents for all of this stuff. I feel like Henry because I ask for a baby like Henry. My favorite part was when Henry got Mudge. It was interesting to see Mudge GROW.

Jack S.
is a student in
Pam's and Elissa's 2nd Grade Class