Can Do, Jenny Archer

Can Do, Jenny Archer 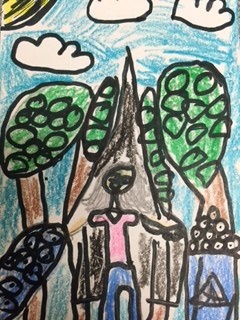 Producing a movie was the best thing that could ever happen to Jenny and Beth, but they had to compete against each other in order to make that movie. It all started with a contest in school to collect cans for recycling. The person in the class who collected the most cans to recycle would get to produce the movie.

Best friends Jenny and Beth, went to the same school and were in the same class.Their teacher said that there was a prize for gathering the most cans so the school could buy video equipment. Jenny had a plan but the two girls didn’t want this competition to come between their friendship so they agreed and said, “..may the best can collector win.” Jenny’s plan was to go to the store and get a lot of cans and she kept saying that she liked the foods that were in cans so her family would buy them. She was saying she loved every thing in a can! Mrs.Butterfield was going crazy because Jenny had like a million cans in the cart and her baby-sitter couldn’t stop her from buying all of the cans of food either. After a lot of work to gather cans for recycling, Jenny and Beth’s friendship becomes hard. You will have to read the story to find out if their friendship survives and who won the recycling contest.

The author made me laugh when she described Jenny talking everyone into collecting cans for her. I also liked how the author made Jenny’s dog reacting to another dog. The author kept me interested because it was about a competition and I like to compete against other people, too.

I recommend this book for younger kids to read only.