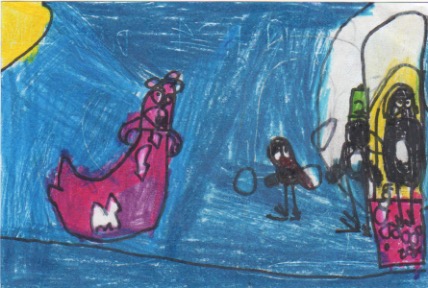 I like the part when they started to throw snowballs at the big bad seal. This book is similar to the Three Little Pigs, but instead of a wolf, there is a seal and instead of three little pigs, there are three little penguins. Instead of the seal jumping down the chimney, she knocks on the door and the penguins throw snowballs at her. You got all of that? Yes! My favorite character is the third penguin because she is very smart and she built the best igloo that the big bad seal couldn’t blow down. She and her brothers have the best snowball fights.

I recommend this book for people that like the Three Little Pigs. If you like Liza Charlesworth books, you may like this book. If you like snowball fights, playing in the snow, and penguins, I think you will like this book. So are you going to read it? Yes, well okay then. I guess this is good bye. Well I will be going then. So this is Rayan out.

Rayan S.
is a student in
Pam and Carly's Class