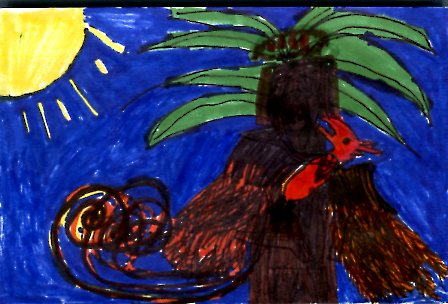 This book is about a boy who lost his parents so his great aunt took him in. He and his aunt study and protect beasts like the phoenix. They also go on adventures. When they went to where the phoenix lives, his aunt got captured but Nate saved her. In the end, they help the phoenix hatch. The lesson is it is good to help others.

I liked this book because I am interested in beasts. My favorite part is when Nate himself helped the phoenix when his aunt was captured! This book is like BeastQuest because they both have beasts. It might also interest the reader because the characters are British. Second and third graders would enjoy this book. If you are interested in beasts, this is the book for you!

S.K.
is a student in
Mrs. King and Miss Holzer's 2nd Grade Class