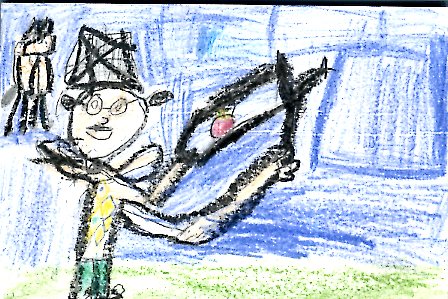 In the story Mr. Putter and Tabby Pick the Pears by Cynthia Rylant, it is fall and juicy things are growing in Mr. Putter's backyard. He dreams of apple turnovers. He dreams of apple cider and red tomatoes. Most of all he dreams of pear jelly which he loved when he was a boy. He shoots down some pears with his sling shot and the problem is solved.

Our favorite part of the story is when Mr. Putter says his hands are made of jiffy because it is funny. Our favorite character is Mr. Putter because he likes fruit. This story relates to our lives because we have shot a sling shot before.

We think others should read this story because it has a lot of funny words.