Bunnicula and Friends: The Vampire Bunny

Bunnicula and Friends: The Vampire Bunny 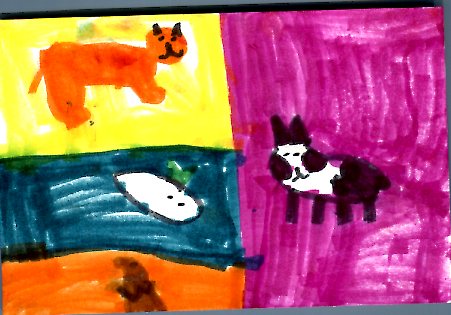 This story is about a vampire bunny. A dog named Harold tells the story. There is a cat named Chester. They live with the Monroes. One night Bunnicula the Vampire Bunny gets out of his cage and sucks juice out of a tomato. It turns white. He gets out of his cage the next night. He makes more vegetables white. Harold and Chester find out why he is doing this. Harold thinks he is not a vampire but Chester does. Harold is right. Bunnicula is suffering from hunger. He is sick. He gets better because the vet gives him carrot juice.

B.P.
is a student in
Mrs. King's Class