Reviewed by Roselyn A. (age 9) 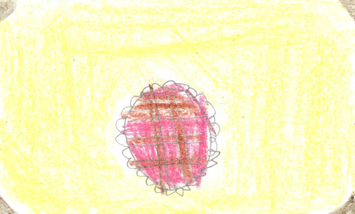 The story is about a kid that was on the best baseball team, but he said it was supposed to be the best summer, but it wasn't. He had an enemy named Jeremy Ross. Jeremy Ross had a party but he did not invite the kid, but Jeremy Ross invited the kid's best friend, Stanley. Then, the kid asked his Dad how to get rid of enemies. The Dad said that there is an old recipe about the enemy pie that he used to get rid of his enemies that he had. The kid kept on asking, "What is the recipe of the enemy pie." But the Dad would not tell him. When the Dad was still making the enemy pie he told the kid that he needs to spend his whole day with his enemy. The kid and Jeremy had a fun time together. When they went home to the kid's house, the kid did not want Jeremy to eat the enemy pie. Then everybody ate the pie.

I liked the book because of the enemy pie. My favorite part was when the dad was making the enemy pie, because I was wondering what is the recipe for the pie and was so focused on that. I found the kid interesting because he was telling us how his summer was not fun at all.

I think you should read this book because it has good people in it. It is a book about how to get along with your enemy. I think your family would like this book. The characters might be interesting.

Roselyn A.
is a student in
Page Turners After School Program / Rauschenbusch Center