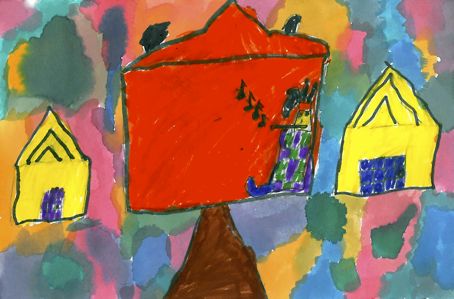 Have you ever been blamed for something you didn't do? Well, Crispin has.

When Crispin's mother died, he ran off into the forest to be alone, but instead he heard the Steward, John Aycliffe, and another man talking about something important. The Steward saw Crispin eavesdropping and tried to kill him. After this, Crispin's life falls apart: he is blamed for stealing money from the manor house, the only person that is helping him is murdered, and the Steward declares him a wolf’s head. A wolf’s head is someone that the state declares no longer human and anyone is allowed to kill them. The Steward puts a 20 shilling reward on Crispin’s head. Crispin is also blamed for the death of the priest Father Quinel. Luckily, Crispin stumbles upon a man named Bear. At first, Crispin and Bear are not friends, as Bear capturs Crispin and makes him his slave. Bear is a jester and he teaches Crispin to juggle and play the flute. Crispin and Bear gradually become friends. But when they arrive at Great Wexly, we learn that there is more to Bear and Crispin than meets the eye.

The book captured my imagination with the sights and smells of the medieval cities. My favorite part of this book was when Crispin wanders into an abandoned village and hears a loud song coming from a church. When he enters the church, he finds a giant of a man singing his lungs out. I liked this part because I thought it was hilarious.

I liked how Crispin leaves the house he is in and goes around the big city Great Wexly to explore. I thought it was funny how he was so surprised about white bread, silks, and gem incrusted jewelry.

I would recommend this book to fourth grade and up because the story is a little hard to understand.