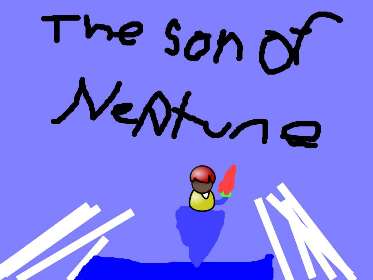 This is an adventure story about Percy Jackson. It is based on Roman Mythology. Percy is confused because he doesn't know who he is or where he is from. There were Gorgons that tried to kill Percy except he had the curse that made him invincible. He finds his way to a camp called Camp Jupiter. At Camp Jupiter he gets trained to fight Evil Gods, Monsters, and Cyclops armies. Percy gets picked to go on a dangerous Quest.......... Will Percy Live?????????????

I liked this book because of the action and adventure. It was very interesting because it was based on Roman Mythology. There were two parts I enjoyed in this book. The first part is when Frank and Hazel fight the giant, Alcyoneus! The second part I liked was when the Son of Poseidon, Percy Jackson, was fighting a giant, Polybytes, was born to oppose Poseidon. This is a good part because they are opposites.

Nithin J.
is a student in
Mrs. Brosnan's Book Club