Lemonade for Sale: A Phonics Based Story

Lemonade for Sale: A Phonics Based Story 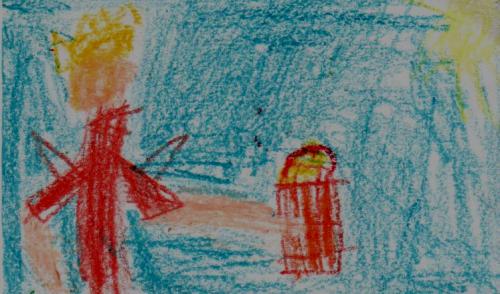 Kate needed to buy a toolbox for her dad's birthday, but she didn't have enough money. She decided to do a lemonade stand. Her younger brother Sam crashed into the stand on his bike, so they had to shut it down. Another day, the kids made cookies to sell with the lemonade, but the weather became rainy, so they had to shut it down. The next day, the park was closed because a tree trimming crew was fixing up the park. The kids lost hope of raising their money until the crew offered to buy all of the lemonade and cookies from them. Read this book to find out if Kate earned enough money to buy the birthday gift.

We like this book because two girls are selling lemonade to raise money. We think the illustrations are neat and nice because instead of being drawn or painted, they are photographs. Our favorite part was when Sam crashed into the lemonade stand because he was riding the bike without using his hands.