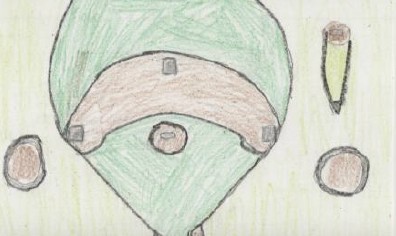 The book Heat is about Michael Arroyo, a twelve year old kid who lost his dad. Michael's brother has to take care of him. Now Michael plays baseball and some of the teams think he is too old to play because he is so good. So they ask Michael's coach for his birth certificate, which they can't find because their dad is dead. So do you think they will find Michael's birth certificate, or will they not let Michael play baseball any more? Read the book to find out.

I liked the book because it was so exciting and you didn't know what was going to happen next. My favorite part was when Michael throws a curve ball to Justin, his enemy, and he strikes Justin out. I thought it was cool when Michael struck Justin out because Michael's team won the game. The only thing I didn't like about the book is that it doesn't tell you about the championship game. But it was still one of the favorite books I've ever read because it is about sports.

I think you should read this 220-page book because it is exciting. It also has a lot of action. I recommend this book to boys or girls 10-15 of age.