Illustrated by Alan and Lea Daniel 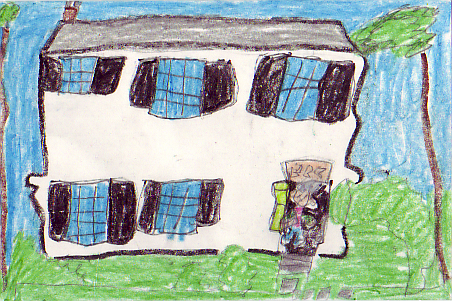 Do you like to learn about science? If you do, the book Albert Einstein: Genius of the Twentieth Century by Patricia Lakins would be a great book for you. Albert was born in Ulm, Germany, in 1879. Some people thought he wasn't smart when he was a child, but he was curious and had a great imagination. Albert Einstein invented many neat things. He even discovered E=MC2. Albert Einstein was one of the smartest scientists but this book tells that he dropped out of school and was not a great student. If you want to read how a poor student became one of the most well known scientists in the world, this would be the book for you.

As I read this book, I felt bad for Albert Einstein. As a young boy, others teased him about his religion. Albert once said, "They…confirm, even as a child, a lively sense of being an outsider." Even as a child, he did not feel that he belonged. My favorite part of this biography is a note a little girl wrote to him. She told him that he should have his hair cut to look better. It was cute to have a little girl write to an old man about his hair. Albert Einstein was very smart. He discovered that nothing moves faster than light. He was forgetful in his everyday life but he never gave up his hope to continue his work in the field of science. This book is a biography. It tells the story of Albert Einstein's life. If you read this book, you will learn about his childhood, his problems and the things that made him famous.

I recommend this book to elementary students who have an interest in science. It was interesting to find out that a brilliant man, whose work helped future scientists invent the radio and CD players, was famous for his forgetfulness and losing his house keys.