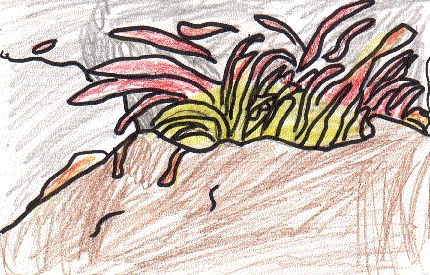 This book is about volcanoes, what they are and what they do. Volcanoes are like vents in the earth. When it?s hot they blow up with a BOOM! Lava flows out with rock and gas. This is called an eruption. Once the lava reaches the ground it burns trees, plants and ice from the top of the mountains. This starts mud slides that cover houses. When the mud dries the houses look brown. Lava can even kill people.

In 1980 in Washington state, Mount St. Helens erupted. The eruption knocked over trees for as far as 6 miles away. As the eruption continued, mud slides started. It buried houses, trucks, and streets. Sixty-two people were killed by the eruption.

I would recommend this book to people who like science because I thought it was good. You can find out more about volcanoes just by reading the book. Go get it and read it!